So I have been on a standby waiting for the delivery of the new IEM by ADVANCED called the Model 3 with great anxiety. ADVANCED has made a niche in the market due to their initial product, the M4 and it has drawn quite a mixed reaction from regular consumers to enthusiasts given its innately neutral to bright signature. Some didn’t favor it due to its brightness which may tend to be a bit aggressive for their taste while some enthusiasts thought it to be too analytical and is perfect for monitoring (which is what it was designed for anyway). Regardless of such, it became a hit among many audiophiles who loves its accuracy for details.

Which is why I am anxious. What treatment did ADVANCED bring in to the Model 3? Will they go for their signature neutral sound? Who will the IEM appeal to.

Foremostly, I would like to ask you, my dear readers, to take this review with a grain of salt. I just broke it off the box so expect the sound to still improve over time.

Let’s start with the packaging. As is with the usual bluetooth IEMs, the package contains a set of foam tips, a set of silicon tips and a USB charging cable. What pleasantly surprised me was the addition of an MMCX direct cable, of which can be used primarily when the battery gets low for the BT cable. However, for the purists at heart, the BT cable might just be for the sole purpose of portability while the direct cable is the primary one given the nuances of BT. And of course, properly and elegantly presented is the gem itself, the Model 3 connected to the BT cable housed on a foam mould. The package also contains a really nice case.

On with the build, the shell of Model 3 is somewhat reminiscent of Shure’s line of IEMs which is designed to be worn over the ear. It also took on the slim nozzle just as Shure or Westone would.

ADVANCED shied away from the trademark double braided cable from M4 and stuck with a regular single strand cable. This however does not seem to be an issue as both cables looks quite durable with a reinforced finish. Given that ADVANCED decided to go for a detachable cable, this gives mod lovers an opportunity to go crazy with cable mods.

The MMCX connectors are snappy, and as for now I don’t see anything to worry about with the usual issues of regular MMCX termination. Seems that the connectors will hold for a good long time.

Andy McKee
All Laid Back And Stuff

I am recently inclined towards acoustic guitar tracks as I feel it should exploit an output device’s capability to yield details. This held true for Model 3 using Andy McKee’s track. Two words: blown away. ADVANCED lived up to its promise of developing detail oriented products, and with the Model 3, they didn’t fall short of their promise. Everything that I was looking for in such track was very crisp and properly layered. Slides, harmonics, taps, name it. Model 3 did justice to the track and then some.

Gavin James
I Don’t Know Why

Vocals are emphasized in the track using the Model 3. Vocals are seamless, even with Gavin James’ falsettos. Bass is something more present on the IEM compared to M4, of which this time around I think will be more appealing especially to the casual crowd. Highs are still present, although not as aggressive as the M4. Mids won in this track. Seems it has the same mids as M4, but was complemented well by how the Model 3 was tuned.

This is a fun track, and boy this sounded better with the Model 3. Rumble of drums is as playful as you can get with the track, but Dave Grohl’s vocals sounded a lot clearer. Higher pitches of the guitar riffs were played harmoniously with the lower frequencies, creating a unique experience from how I would normally hear it from my other IEMs.

Using the BT cable, there is a tiny loss in details given the orientation of such technology but can be barely noticed. I think the biggest step down would be the volume reduction when using the BT cable which is natural for the technology. Battery life is good based on my discussion with Joe (6 hours talk time), but we will see that as I use it.

Isolation wise, even by just using the silicon tips I was able to get an excellent seal off the IEM. Music from the bus’ sound system was knocked off a huge notch, and not until the inspector nudged me for my ticket did I notice that my attention is being called.

Using the Model 3 with a phone is a great experience for me. Seems the IEM has great synergy with my phone, and that means I can do away without a dedicated DAP if need be.

However, it still is not perfect. Slim nozzles mean I won’t be able to use my favorite tips (Spiral Dot and Spinfits). I would have preferred a 2-pin termination for its availability and stability, but I can see that ADVANCED did a great job in choosing an MMCX connectors that won’t get loose for some time (I hope).

So, is it worth getting one? At $79.99 (that’s PHP3800), I would say so. Casual users will love it, while enthusiasts will be surprised how much detail it can yield out of its single driver. Peter, Joe and Alex of ADVANCED once again broke the market for coming up with such excellent IEM. 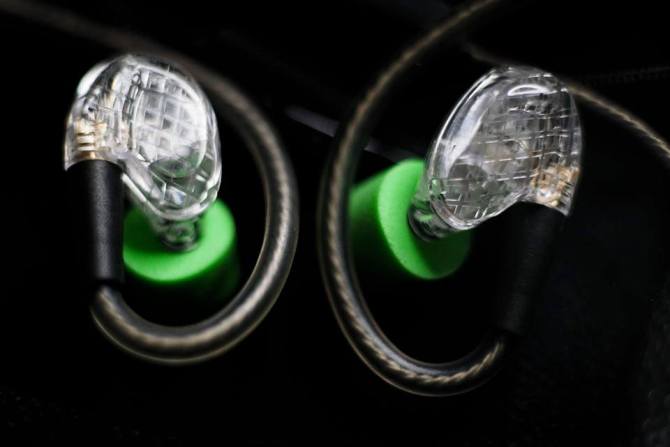