Given the usually exorbitant cost of the hobby, it is not unusual that people would seek for a gear that would be just smack right in their budget while aiming for something nice sounding or fancy. Thus the proliferation of budget gears to fit the needs of the general population of the enthusiasts. However, once in a while you will come across something that is truly good that you will wonder how it broke the market by coming up with such an ingenious design of a gear for a fraction of its due price.

In the case of sub-$100 IEMs, you would normally see the typical fares like the Shure SE215, Audio-Technica ATH-IM70 and ATH-E40, Sennheiser Momentum In Ear or the Bose Soundtrue. While some of them have been proven to yield such quality sound without breaking your piggy bank, you would once in a while encounter an IEM that does cost around the same and yet will provide an even better deal.

Trinity Audio Vyrus is one of them.

Vyrus came out around Q3 of last year bringing what hopefully was a fresh change from the usual norm of IEMs. Let’s go through and see what is so different from this NKOTB from Trinity Audio.

Detachable cable in an IEM is no longer new in the hobby, as you can find a heck lot of IEMs in the market with such of varying termination. There’s the 2-pin, MMCX and other proprietary terminations like the ones from Audio-Technica and the Meelectronics. However, in the case of Vyrus, Trinity Audio added their usual fare of tuning filters (7 pairs in the package) to allow a bit of versatility to their consumers. Here’s how they are described: 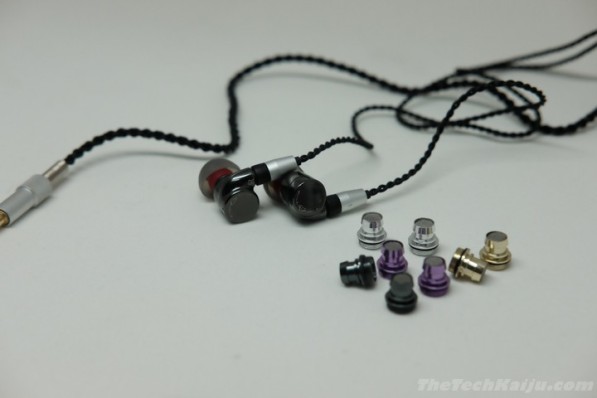 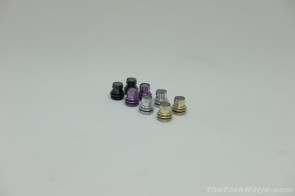 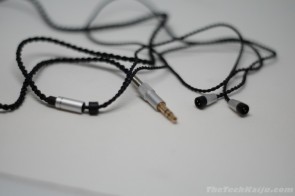 One thing that is interesting with the Vyrus is how small it was designed by Trinity Audio. This allows comfortable fit although I don’t think it will be comfy to sleep in with it. However, it is lightweight and one should find it quite adequately comfortable as long as you are able to find the right eartips for you.

Inside the shell is a 7mm Neodymium Titanium diapraghm drivers that is quite an improvement from the previous model, the Hyperion in terms of tonality and bass response according to Trinity Audio’s website, which I will tackle later on.

The package comes with 2 braided cables with 2-pin terminations, one with memory wires and the other none. Both are terminated with a 3.5mm single-ended plug. One caveat though is the cap covering the 2-pin termination which seems to be prone to loosening over time if one is finicky with the cables being used. I suggest to avoid switching the cables if it can be helped. However, using a cable with the standard 2-pin termination (without cap) seems to be a good move as it seems to be sturdier and tighter.

As I wasn’t expecting too much from a $100 IEM, I was pleasantly surprised as to how well Trinity Audio tuned the Vyrus. While mids sounded a bit lush, the bass response is indeed significantly better compared to that of the Hyperion; far more controlled and is nimbler. The tuning filters are also quite responsive to the earpieces, allowing a noticeable changes when swapped around. This gives a better variation and flexibility in case one wants to have a different sound signatures tried.

For the sound test, I will just use Onkyo DP-X1. Nothing paired except the Vyrus just so we see how it will actually fare.

Using the gunmetal filter, I felt the bass a bit edgier compared to the purple filters. Purple filters also yielded a better shimmer on the guitars while controlling the bass, giving it a tight yet accurate punch. However, what is distinct with the IEM is that whichever filter I use, I still get that sense of space in terms of imaging. I liked how distinct each instruments are, giving me that roomier feeling. The exchange of vocals between Freddie Mercury and David Bowie is also quite amusing.

Vocals are quite forward using the purple filters, not overwhelming though as the guitar notes are still very discernible. There is this sweet harmony between Barbie Almalbis’ vocals and the guitars, wherein it complements quite well while none overpowers the other. Timbre is quite good as well for the guitars; there is the innate sparkle of the guitars that leaves you wanting for more yet is not harsh.

The riff at the intro is quite immersive, sparkling enough to engage the ears. Guitar then gets raunchy and lively even through the part of the vocals. Drums still sounded tight and controlled, clean enough not to mess up the vein pounding enchilada of guitars.

The Vyrus is quite a capable IEM given its price, as it kind of ups the ante for sub-$100 IEMs in the market today. It sounded smooth, clean given the source and the file being played, and has ample control that allows one to switch around filters to their liking. Barring any downsides of the Vyrus, this is an IEM that should be considered by anyone shopping for something within the range, as its versatility can fit most of the consumers in the market today.