Hello! Welcome to another episode of the Bus Ride Impression!

Why am I so damn jolly? Because today we are going to do a bit of a change in the BRI as most would normally know it. Yeah, I know I have done a shootout before, but that was for the trinity of entry level IEMs offered by Knowledge Zenith. Today, however, is going to be mighty different as I thought it might benefit you, our dear readers, if we will try something a little different.

A lot of members in the local personal audio community would always be pretty excited in having a read on something budget, as with the said KZ shootout. However, there isn’t much in the local scene that offers a comparison on the budget Digital Audio Players, so we thought of coming up with one. Yes, ladies and gentlemen, we are going to do a shootout of DAPs worth $200 or less. Let’s get it on!

The launch of the Xduoo X10 late last year was something that was anticipated for by a lot of enthusiasts given its price to performance ratio at least on the speculated specs:

I was able to get my hand on one and was pretty much impressed with how it sounded. It was fun sounding, with the bass response a bit lush than how you would hear it from its predecessor, the Xduoo X3. There is a bit of sparkle on the highs but I find the mids a bit insufficient for my taste. Imaging seems to be as of how the DAP is priced, while details are average at most.

Pros: compact and lightweight, one can easily slide it in the pocket. Optical out is now available unlike with the X3 which has no digital output available. Good grip on the scroll wheel. Sound signature easily appeals new enthusiasts. Dual slot for Micro SD that can accommodate 128GB each.

Cons: Xduoo could have done a bit of improvement in the labeling of the buttons especially if one uses a leather case. Display a bit too small. Split second clipping at the start of track ( – FW V1.1 just got released a couple of days back and the clipping was already fixed). 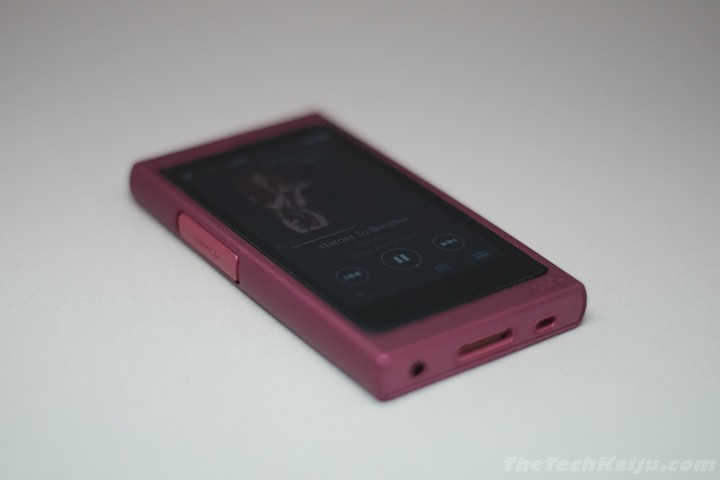 The new Sony NW-A35 created much excitement for a lot of personal audio enthusiasts given that it has been a while since they launched a new DAP. With the trademark variety of colors, A35 has stirred the interest of Sony audio fans everywhere.

Below are the specs for A35: 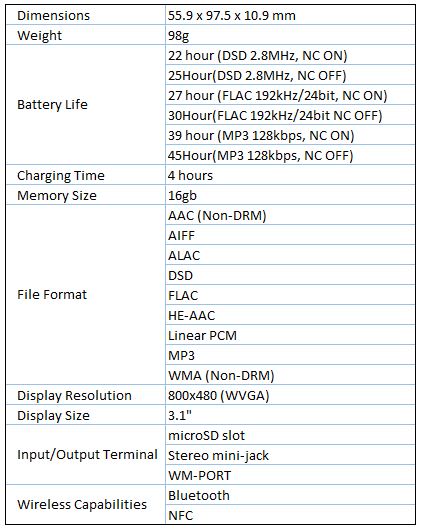 A35 sounded a bit fun and heavy on the low ends although not as heavy as the Plenue D. However, the fun thing about the A35 is the ClearAudio+ which adds a bit more body on the sound without making it feel unnatural. Although, as I am not a big bass fan, the ClearAudio+ could have done a bit less on the bass if I were to be asked. But for bassheads, this is a welcome feature.

Pros: good fun sound fit for those who wishes to start with the hobby. ClearAudio+ is quite good especially for bassheads. Bluetooth ready. Has a built in FM function for those who may have gotten tired of their collections in the micro SD but is unable to update it just yet.

Cons: laggy UI; I had to press the Back icon about thrice before it responded. Proprietary digital output which limits me and my output cables.

With the plethora of Cowon products in the market, Plenue D carved its own niche especially for the entry level market given its price to performance ratio. What is so interesting with the Plenue D is its capabiliy to last for about 50 hours in a single full charge, which means it can outlast a lot of DAPs in the market. Add to the mix the excellent sound quality from such a small contraption.

This player is quite so easy to love, given that it can easily drive most of the IEMs/earbuds in the market today. UI is also quite intuitive given its touchscreen display. Design is also minimalist so it adds to the appeal of the DAP. Sound is, as expected from an entry level DAP, quite versatile, with a lot of meat on the low end while maintaining a slight hint of sparkle on the trebles. Mids is quite excellent, not letting you feel any bit deprived of it in spite of the good, tight lows.

Pros: compact and lightweight. Battery power surpasses most DAPs in the market, even some mid tier and high end ones. Display is intuitive, easy to navigate. Good sound quality and is capable of driving most IEMs. Has a 32GB internal storage.

Cons: no Line Output option. Although the UI is likeable, there is a noticeable lag when trying to navigate through the display. 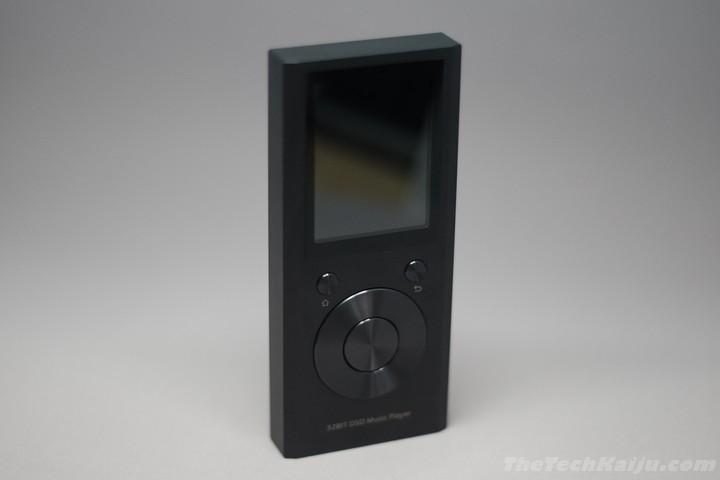 Of all the DAPs in the list, Aune M1S may perhaps be the best for me. A great combination of solid build and excellent sound is what this contraption is. The svelte build is by far better compared to the rest of the ones in the list while the balanced output has fallen short of nothing in terms of clean sound.

Tonality is quite splendid for something priced at $250. I know it is a tad higher compared to the rest of the list, but for me, paying the premium of extra $50 is something I will be willing to shoulder in a heartbeat considering the sound that I get out of the DAP. Sound is actually exciting, with mids playing quite clearly while the bass is neat and tight. Highs has that good shimmer similar to that of Lotoo Paw 5000. Imaging is quite good, something you won’t expect from a DAP with such price. One caveat though is that very fine grain that you will hear from the DAP, but I will have yet to find out if it will improve as it has not gone past the recommended burn in time.

Cons: UI may be a bit too primitive especially for those who are particular to such. Absence of digital output option. A little grain can be observed upon closer listening, hopefully can be fixed by burn-in.

Here’s the lowdown on the specs of this Toblerone shaped DAP:

I have to say first and foremostly how much hype was generated for this tiny beast. While some may be truly excessive to the point of exaggeration, I will still have to say that the DAP has a few things to redeem for itself. Yes, the single ended termination is not as fantastic as it was marketed before, but the balanced mode surely is something. Details of the Pono Player surely is quite magnificent, with each frequencies having a distinct level of neatness. The imaging is superb, quite superb that it is comparable to some DAPs about twice its price.

Cons: cables maybe a bit tough to find. A bit of lag with the touchscreen. Single Ended output sounds average. Transfer of files in the internal memory can be cumbersome.

In terms of navigation, Aune M1S, Xduoo X10 and Pono Player seems to be the easier ones to use given the simple layout and UI. While Sony NW-A35 and Cowon Plenue D are relatively easy to use, it will still be a bit of navigation to get used to the UI.

Cowon Plenue D easily wins with its seemingly eternal battery life but Aune M1S also gets a good nod as the battery lasted for about 15 hours in a single charge in spite of using high resolution files.

Sound quality-wise, I will have to hand it to Aune M1S. Yes, Pono Player wins with its balanced output, but you will be hardpressed to find an aftermarket cable to maximize the sound. Aune M1S on the other hand already yields such excellent sound using SE termination, but even more so with the balanced termination. Plenue D comes close third  and would have probably contended for the second place if it only had a line output option available.

Overall, it will be entirely up to the user as to which one works best. I personally would recommend the Aune M1S or the Pono Player, but then again a person’s purpose will always be a matter of a factor when choosing the right DAP for him or her. Afterall, it will always be to one’s preference which one to choose.