You have to forgive me as I gather my thoughts. The Audio-Fi meet last Saturday surprised me quite a bit as I went home with five cans to review. Yes, you read that right: five. And as much as the owners of these cans doesn’t really demand that I return them by next weekend, I still feel obligated to get a review across the soonest time I can. So, pretty much, for the next 2 weeks starting this week you will get peppered by impressions on these cans.

Just so you know the identity of these very generous guys who loaned me their cans, I will start off by one of the cans lent by Stefan Abad who has been attending the meets for quite sometime already for the past several weeks. He piped up through IM last week offering to loan his Audio-Technica ATH-M40X and M50X (there goes the hint for the next BRI) but I didn’t expect the Shure SRH840 to be part of the sponsorship. So credits to you sir, I owe you one on this.

So, Shure SRH840. I did a review on its bigger brother, the SRH1540 a month ago and I will have to say that it was an enjoyable one. The SRH1540 is a good, safe choice in case you are after something that will yield good details without overshooting any of the frequencies which may yield to unpleasant listening experience (i.e. too much bass, sharp highs, in-your-face mids, etc.). The question now is how does the SRH840 does considering the price difference from the SRH1540. 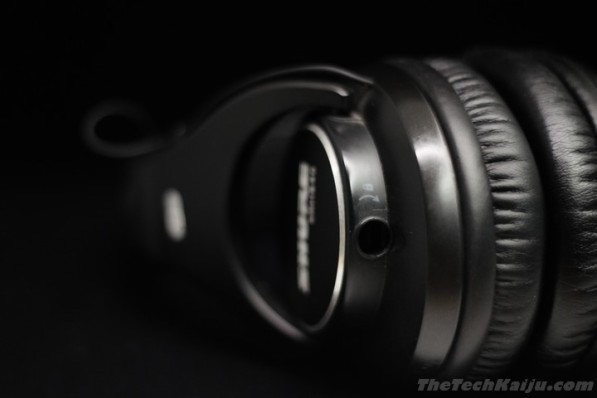 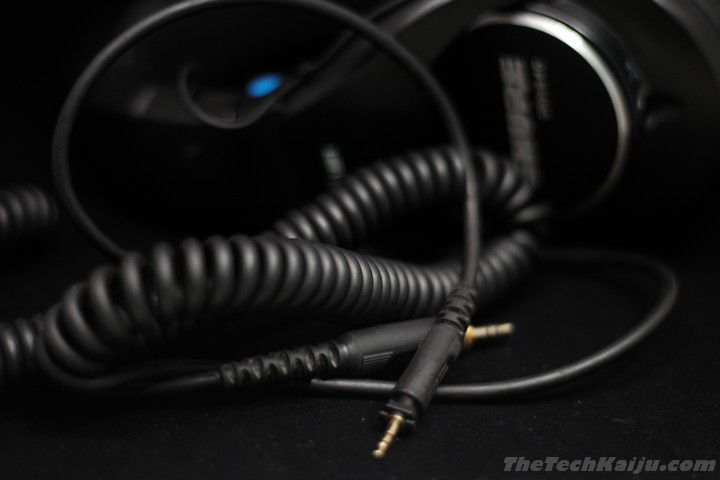 I did not set the expectations too high for the SRH840 if we go about relative terms comparing it to SRH1540 given the price gap. While the SRH1540 carries the pricetag of almost $500, the SRH840 is priced less than half of the former, with a pricetag of $199.00 from Amazon.com. Practically, one of the main difference between the two is the build, with the SRH840 sporting an acrylic cups and frame which is unlike the SRH1540. As for the headband, it is made of the material similar to that of the pads of the SRH1540 (Alcantara pads). However, I still find the material something that is quite easy to wear over time. Too bad though that it doesn’t seem easy to find a replacement for the headband, so I would suggest to take extra care while using and storing the cans.

One thing I noticed though is the weight; as much as the SRH1540 felt lightweight, this seems heavier. I would assume it is because of the drivers, but to some this might feel a bit bothersome.

Overall, the looks are quite significantly different but the form seems the same; cups are a bit tapered forward and bears the Shure branding. The SRH840 also looks a bit more industrial while the SRH1540 looks sleek.

In a nutshell, SRH840 sounded well balanced, with enough sparkle on the highs and good bass kick. However, what stood out for me with this can is the mids, as it has some clarity quite definitive for a good pair of can without being overwhelming. Sure, it felt more than sufficient, although I doubt if someone will really claim the mids in the SRH840 is too abundant. Sparkle on highs sounds clean and pain-free while the bass is enough to actually hear the thump with enough gusto even for the intolerant users.

To further dissect the inherent qualities of SRH840’s sound, let’s go for some choice tracks using my trusty Onkyo DP-X1 paired with Xduoo XD-05 (not that I need one, I just kind of like the Burr Brown op amp I am currently using with the DAC).

I kind of tried to see how well the can will play an a Capella track, and true enough, it was good. There’s some good layering observed while playing the track through the SRH840, although not as defined when using the Sony MDR-1R. Harmony is quite good though, the track is immensely entertaining using the can.

Toms at the start of the track sounded punchy and tight, that kind of tightness that one would find ideal. Guitar riff was raunchy and raw, yet is distinct and not overpowering. Chris Barron’s voice isn’t drowned by the keyboards and the guitars while the bass guitar is succinct. Imaging is good, layers are well defined.

Hip To Be Square (Huey Lewis & The News, Greatest Hits)

From the very beginning of the track you can already feel how well the highs are using the SRH840. Sparkles are at that level where most enthusiasts would appreciate it while keeping the clarity of Huey Lewis’ voice. Bass has a bit of an appealing extension, sounding fun and engaging, but maybe that was just me. For bassheads though, I think it may still be sufficient.

As mentioned earlier, these cans are not exactly lightweight. Yes, you can definitely walk around with these, although it can be a bit disconcerting to see someone walking around wearing these. The cables that comes in the package did not help with the weight considering its composition and length (4 meter coiled). It does provide sufficient seal though, however I still am going to be hard pressed to wear one during travels.

My verdict: these are actually good cans within the range if you are after a safe choice. I just feel it is less than ideal when it comes to resolution, but for someone starting in the hobby and is in the lookout for a good pair of cans at such price, the SRH840 is actually a bargain. And if I am given the budget just to pick a can, this will be my close second to the MDR-1A.