Boy am I glad the week is finally over. With much load at work, I think I deserve nothing but to relax and to calm meself. You see, as I pointed out in the last installment of BRI, the past 2 weeks has been quite savage to me to the point that I missed using my gear. My desktop setup finds me estranged to it, while my portables has been sitting at the bottom of my bag untouched. I think I deserve some time with them now that the crazy weeks are over (I hope so).

Also, I feel I am heavily obligated to you, my dear readers as I promised a series of earbud shootout, of which I should have already finished early this week.

But then again, that’s enough of it as we reach the third and final installment of the Earbuds Battle Royale where we will pit the steroid driven earbuds against each others. Let’s get it on!

Truly, you guys are unsung heroes for me; without your help, I might have ended up getting gear which is definitely not going to be cheap. Salut!

As with the $40-$100 earbuds I reviewed in the past installment, I think each of the four earbuds I will review today has their own, different flavours. Given this, it will just be a matter of preference as to which one suits best to your taste. Also, it will be a matter of usability as one will require some kick of an able amplifier to sing well while the rest seems to be quite easy enough to drive.

For today, I will drive each of the earbuds using the following:

Let’s get on with the review, shall we? 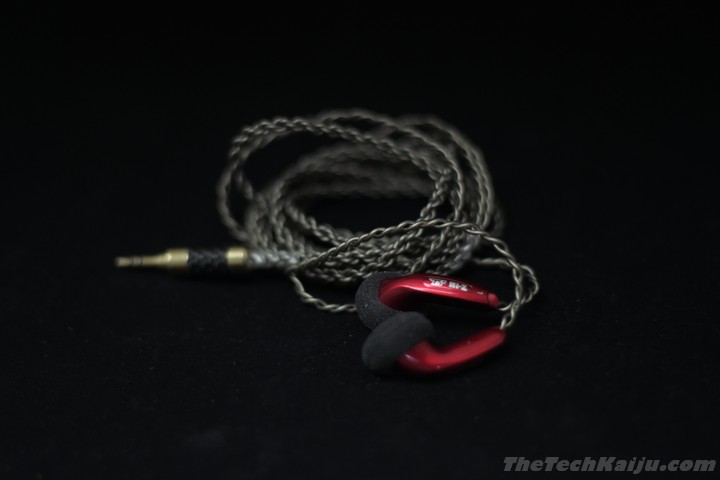 This has got to be the toughest to drive among all earbuds up for review today. Toting a whopping 650 ohms, this earbud will definitely need some aid in terms of driving power. I tried to drive the Hi-Z 650 with just my DP-X1 and it did sound fairly well, although I found the imaging drop drastically, with spacing becoming narrower compared to when I used it with the entire stack. This was obvious when I listened to Christopher Cross’ Sailing from The Cafe Carlyle Sessions.

The Hi-Z 650 presented a warm sound with ample sparkles on the high end to properly accentuate the track with the piano keys. Imaging is quite good when powered appropriately, what with the layers quite distinct. It has gentle trebles, while the bass has a good grip. Tight, not too punchy but of good quality.

The shells are pretty much similar to the generic earbuds you get to see on a regular buds. What is so interesting is the supple braided cable that really looks stunning when paired to the red, polished shells.To put an icing to the cake, the earbud is terminated with a carbon fiber designed plug reminiscent to that of Eidolic.

My con for this earbud is the lack of aggression. It was evident when I tried it one with Paradise City from Guns N’ Roses. Ideally, the Hi-Z 650 works best with mellower tracks. 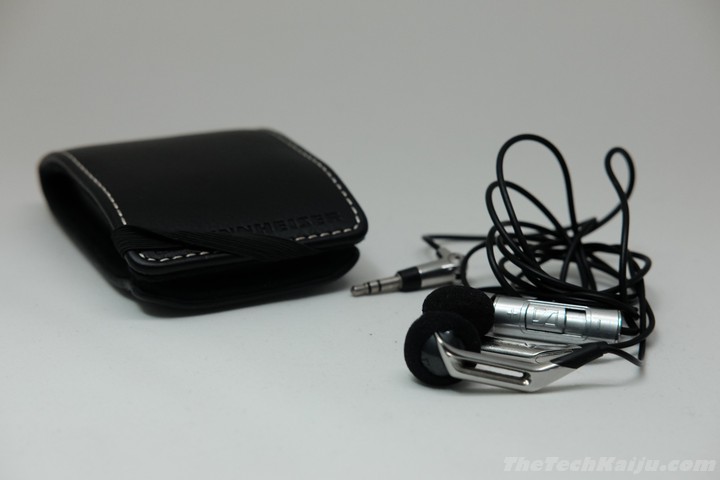 Of the four earbuds for today’s review, the Sennheiser MX985 has got to be the most balanced sounding. It carries a well balanced sound that doesn’t seem to overdo either the high or low end. Bass is quite good with ample punch enough to be engaging, while highs have sparkles but seems to sound a bit thin on the cymbals albeit clear. 4-6kHz range seems to be appropriately placed, probably at a good +1Db.

Above anything else, the aces of the MX985 has got to be clarity. It sounded very clean and concise and provides ample details enough to be enjoyed in spite of it being an earbud which lacks the seal an IEM can offer. Using the same track as the one tested with Hi-Z 650, the pianos and the guitars has that incredible sparkle that is quite airy, not painful at all. I really liked how clean the MX985 sounded.

The MX985 is well designed and will arguably have the best build amongst any earbuds I have seen nor tried so far.Shells are appropriately sized, with an aluminum arm connecting the wires to the earpieces. Plug is also made of the same material but Sennheiser was ingenious to come up with an elbow on the plug to allow it to either be a straight or angle plug. Furthermore, the MX985 sports the same material on the splitter which also carries a volume slider. Now that has to be an impressive design for an earbud.

MX985 also comes with a really neat storage case of which is very handy especially with the fact that you will need to protect the MX985 properly as it seems to be a tough job to recable it in case the wires decide to give up. 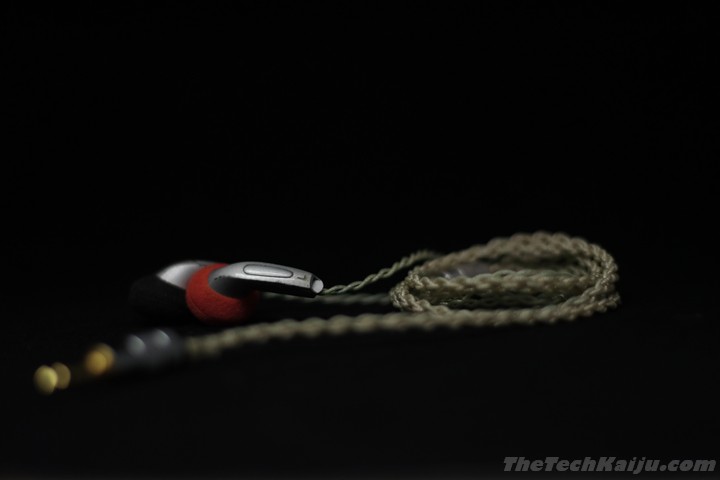 Cypherus Audio’s outing on their “entry” level earbuds involves 2 models, the QFred and the CampFred. Between the two, the QFred sports a mid-centric signature that should especially appeal to those who are into vocal tracks. Highs are quite good while the bass is sufficient, but it is with mids where the QFred shines well.

Soundstage has a good height and width while imaging is good. Clarity also poses a good sense although not as much as the MX985. While the sound seems to be a bit fat, mids actually is quite gentle especially at the upper mids while lower mids seems to be finely pronounced. For me though, it may be a bit overwhelming especially for those who are not very much into mids so please take this with a grain of salt.

Build seems pretty standard for an earbud, with one caveat wherein the cables will need good storage otherwise you will end up with an oxidized cable. 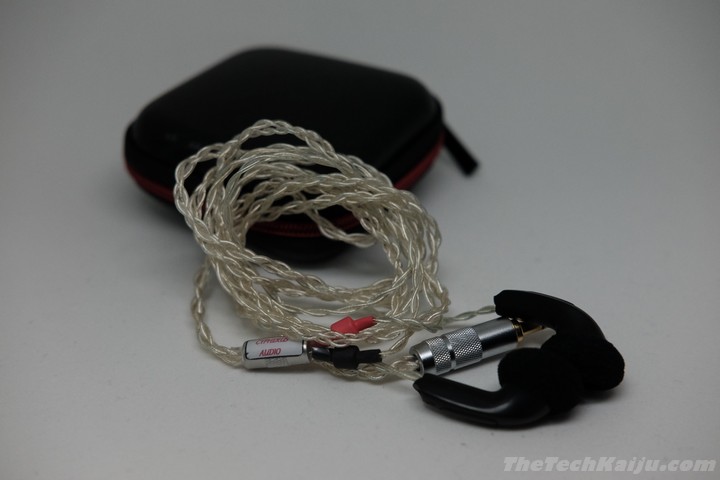 Between the two Cypherus Audio earbuds in today’s review, I will have to say that I favor the CampFred more than the QFred. While they carry different sound signatures, the tuning for CampFred appeals me better.

CampFred carries such a smooth and lush bass that sounded very clean yet still has that tightness for a fuller sound experience on the low end. In spite of this, mids and highs doesn’t get left off as the mids complement the bass quite excellently with the highs having ample sparkle to retain a very natural listening experience.

Imaging is also outstanding with the CampFred, with such details on each layers easily discernible even by using entry level DAPs (of which I tried with an Xduoo X10). Soundstage carries a very good depth too.

As for the build, the CampFred carries typical sized shells and is terminated by a straight 3.5mm plug. As a con though, as much as the wires are very supple, Cypherus Audio may use a bit of improvement on the wire used as it tends to oxidize after some time in spite of care of storing the earbud.

Other than that, CampFred has to be a solid performer in terms of sound quality and listening experience. This easily is such a fresh pair of earbuds to listen to, even if it is just plugged into your mobile phone.

As I mentioned earlier, the shootout is not designed to identify which one is the best as the roundup will definitely appeal depending on one’s preference. For those who want a natural sounding earbud with excellent low ends, CampFred should be my recommendation. For something warm, the Hi-Z 650 should be your bet. If you are into mids and is not too picky on the upper or lower frequencies, the QFred should be a joy to listen to while MX985 is going to be good pick for anyone who is looking for a good balance off their earbuds.

Personally, I will go for CampFred and MX985 (particularly wanting to have one now that I have done a closer listening with the MX985) but again, YMMV. It will be best to audition each of them, but in case your preference falls with any of these earbuds, then you can use this review as a guide.

It’s a shame though, this would have been better if a Venture Electronic Zen was thrown in the mix. But perhaps that can be saved for another BRI.