Was waiting for this for a very long time. Was even shaking with anxiety as to when I can make this happen. And then good friend Gef told me that I can have the Chord Hugo 2 for a couple of weeks. I froze. I felt like I won the jackpot.

Welcome to another installment of the Bus Ride Impression and I am writing today quite jittery as I have something really good in store for this episode. Man, I know these are the kinds of toys that I should be saving up on, but given that I am such an obedient husband, I have relinquished my plans of getting one of these bad boys to probably next year as I prepare for something REALLY big for Aurem Fidelitatem in the next couple of months. However, since I have a very generous friend as a benefactor, I am not planning to pass up on the chance to have this baby sleeping with me for the next few weeks so here it is: the Bus Ride Impression on the Chord Hugo 2.

Chord started shipping Hugo 2 to its fans around April of this year, and boy I can picture the anticipation on the faces of these fans given the success of the first iteration of the Hugo. Who wouldn’t? I mean if Mojo was already a breakout success, much more with its bigger sibling who has been making waves since a few years back. And now the new iteration of the Hugo is out in the market, I kind of expected it to be more impactful given its reputation.

So how good is the Chord Hugo 2? Is it worth investing on one? Did it wet my pants when I tried it out? Let’s find out then.

Perhaps one of the best things about Chord products is its build. I mean seriously, such price tag should indeed allow Chord to build their products with such premium. For the Hugo, it kept up with its usual build albeit a tad bigger than the first one. Perhaps what I can speak about the build is how it improved what already was a good layout of the first Hugo. 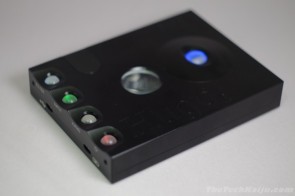 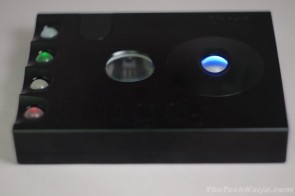 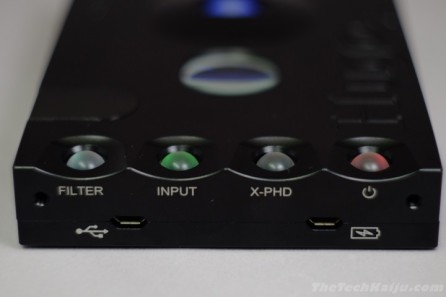 Personally, my quirk with the first one is the controls. While it was not exactly hard to manage, the buttons on the left side of the DAC seems to be a bit too small especially for me who has quite larger fingers. It is not exactly bad, but what Chord did with Hugo 2 is to adapt the way the Chord Mojo is controlled, it added 4 colored balls that act as control for the power, X-PHD (this I have not gotten to play around with), input selector and filter button. This also added a bit of flair to the DAC since it allows easier identification unlike the first one where it crammed everything on the light indicator and the small window that rests in the middle of the DAC. That for me is a huge improvement when it comes to accessibility.

Chord also disposed off the low and hi res micro USB slot and left just one. Pardon me for my non-familiarity with the difference of the two, but I would normally plug in the USB cable to the hi res slot, however I still find myself committing mistake of inserting the cable to the low res slot once in a while, which as a result doesn’t yield any sound for me. I honestly am not sure what the difference is for the two, but with the Hugo 2, this has been fixed for me.

Charging has also been improved, what with the first iteration sporting a power adapter used to charge the DAC. With the Hugo 2, Chord settled to have the DAC charged through another micro USB slot. Good thing is Chord marked both digital and power USB slots properly to avoid confusions.

Input options are kept pretty much the same: USB, Coaxial, and Optical. Analog input is also kept through RCA, although I would have dreamt of the Hugo 2 sporting a balanced output given its price, but I guess Chord relied their confidence on the sound quality thinking that one would not really need a balanced output. Headphone out is also still 6.3mm and 3.5mm, but unlike the first Hugo, it only has one 3.5mm slot. Not a big deal really. Bluetooth was also kept as an input option (APTx) as a standard for those who would like to maximize the Hugo 2 wirelessly.

Volume control is the same as the first iteration, wherein you get to roll the volume control to adjust it. While it isn’t exactly a bummer, Chord went for a smaller increment of volume compared to the first Hugo. It also still changes color as you go higher with the volume.

I liked the Hugo 2 far better than the first one. It is easier to navigate and looks a lot more masculine with its sharper corners and edges.

Perhaps there is a good reason why Chord is so confident not to include a balanced out option with the Hugo 2, and it has to be the sound quality. Upon trying it, I pretty much understood as the Hugo 2 sounded just as clean as the first Hugo did. I am not saying that one won’t benefit with a balanced output with the Hugo 2, but without one it wasn’t really much of a loss.

It was also fun to fiddle around the filter options. Based on what I got on the manual, here’s how each colors are represented for the filters:

It was fun to play around the filters, although I settled with Filter 1, which basically is just neutral. There are some bumps or dips, but most probably is caused by the Advanced M5 and Stax SRS5100 that I used with the review. All filters are actually good, but would highly depend on one’s preference.

For the test, I will plug the Hugo 2 with my Hifiman HM-901S (coaxial) and is paired with either my CIEM or my Stax setup.

Every Breath You Take (The Police, Synchronicity)

I set the Hugo 2 up using Filter 1, and I was instantly amazed by how it sounded. It was realistic and felt it stuck to how the track was originally recorded. Sting’s voice sounded upfront but not too close. Instruments worked in such a good harmony that none tried to overdo anything else. Sound also has quite a good depth to it, while width will have to be a bit above average probably because of the M5. What really is fun is that no matter how soft an instrument sounds, it still is very distinct to hear. Details are indeed superb with the Hugo 2.

Menago’s ever hurtful vocals were concise and clear with the Hugo 2 paired with the M5. It was hauntingly hurtful it felt so real, and I really won’t suggest the track with the setup to those who may be a bit depressed. The melancholic register of Menago’s voice can trigger past memories, but is pretty enjoyable if you are trying to drive out an idea if you are artistic. Hugo 2 justified the track with the details, with what seemingly are inconspicuous details clearly presented using the DAC. I got into that moment “I didn’t realize it was there” and it was brilliant.

With the track, it was quite explosive pairing the SRS5100 with Hugo 2. Perhaps this left me the deepest mark; soundstage almost blew my head. Details are so accurate it was so easy to pinpoint any imperfection in the track (second voice had my jaw drop on the floor). Piano was ever crisp and so was the guitars. And as the Hugo 2 was paired with an ES, expect a mind-blowing resolution properly mixed with immense details. I felt my heart beat faster while seated. This track is a bliss with the setup; as the drums started to pound at 3:05, chills went up my spine. It was incredible.

The last track confirmed that I want a Hugo 2. I know it may not be so soon, but I will have to. Perhaps by Christmas. I dunno. But I must have one.

So is it wise to have to save up for one? I will be honest, it may seem impractical given it’s price (that is roughly a whopping $2000 from Egghead Audiohub) especially with the fact that the Hugo 1’s price has plummeted lately. However, if one is to consider, Hugo 2 may seem to be a bit of a luxury considering the number of desktop DACs available in the market today for less than that price. However, that is the thing you pay for with Hugo 2: portability. I have never come across any DAC of such performance that you can lug around. It sounds great (no doubt about it), offers a versatile range of input and output option, and is quite a looker that one would be convinced to get one in spite of the price. Afterall, it still met the hobby’s standard with flying colors, and that is with the sound. If I am funded, I am willing to get one in a heartbeat.