Audiofly has been in the in-ear monitor design industry since 2011, and while it has competitors that are in the industry way before that, Audiofly has somehow managed to create a niche in the market with its comfortable design and great signature. Considering its roots started in the land down under, I am pretty surprised that it is shadowed by other brands in the market today particularly in SE Asia.

Luckily, I was gifted with a review unit of AF100, something that thrilled me quite well as I was immediately impressed by how it sounded. While other brands capitalized on the technical aspects of its sound, AF100 took its game from a different angle.

Today’s Bus Ride Impression is a collab with a good friend, a co-enthusiast and the newest Contents Development Editor for the site, Jow Capunay, and we kind of threw in our thoughts on this Aussie beast.

So, after having the thing burn in for over 100 hours, allow me to welcome you guys with today’s Bus Ride Impression for the Audiofly AF100.

Perhaps what stands out with AF100 is how well designed the fit is. The earpieces in particular are small and easily conceals in your ears, which I think should be a must in all in-ear monitors. I mean, yes some would prefer it differently, but in my opinion if you want to enjoy a great sound off your IEM, might as well carry such a comfortable fit to avoid distractions while concentrating on your tune.

I also liked how Audiofly printed quite a huge Left/Right indicator, it is quite conspicuous that I think it will be quite hard to miss it out. The print even proudly indicates that it was designed in Australia and the model itself.

Plugs and splitter are also well made, I liked how a scheme seems to be going on with the IEM. Both also seems pretty tough to me so I think it can last for quite a good time. 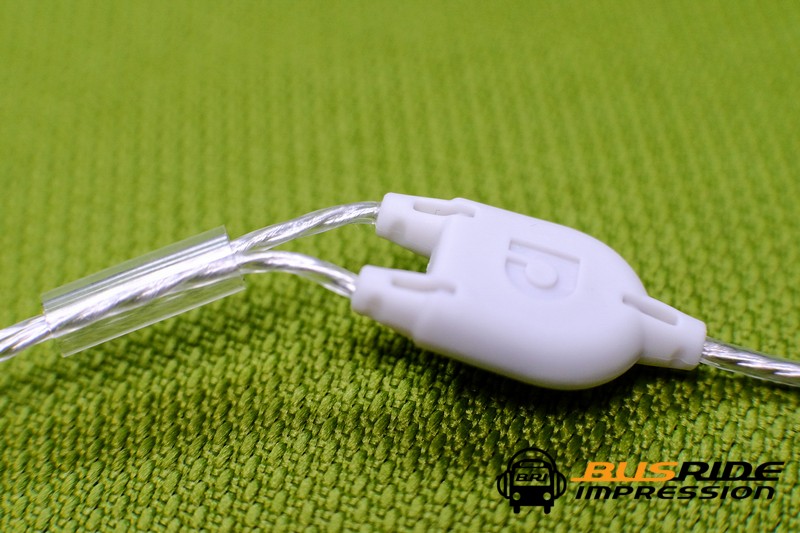 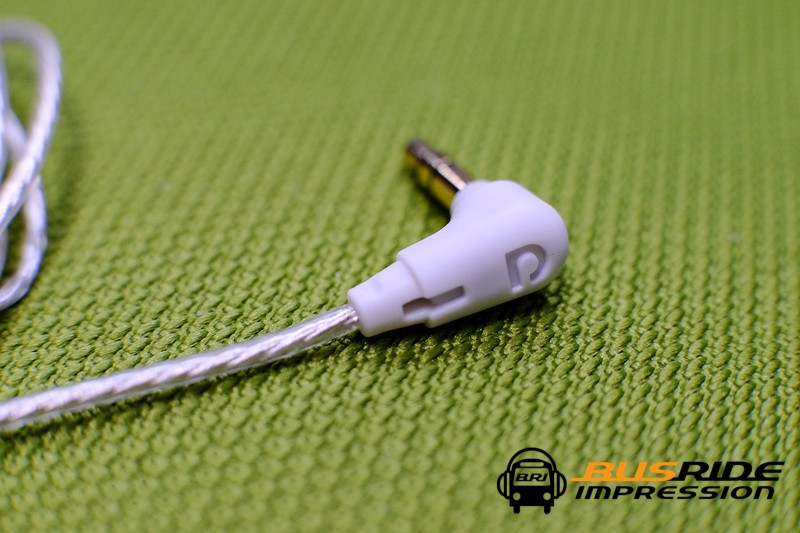 Cable also was nice, shielded with clear acrylic with the wires transparently seen inside. It seems and feels tangle free to me, which is nice as not all IEMs in this price range ($90) would carry such. 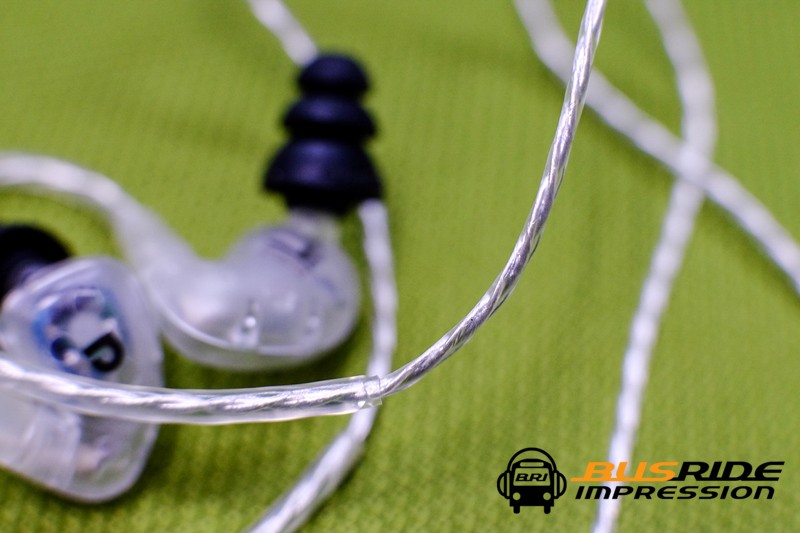 Packaging was also well thought off, and perhaps the thing I liked the most was the nice, slim EVA case that went with the packaging. Box also included 3 pairs of triple flange tips, 3 pairs of regular silicon tips and a pair of medium sized foam tips. It also came with an airplane adapter.

All in all, I find the packaging and the build quite fantastic. Perhaps the only quirk that Jow pointed out was the fact that the connectors of the wire to the earpieces could have been better had it been detachable. As it carries what kind of looks like what supposed to be MMCX terminals, it might be the first to give up after some time. He also pointed out that the shells might be prone to cracking, but that is something we will leave up to time.

The AF100 generally carries quite a dark, bassy sound that may appeal to some enthusiasts if this matches their preference, although there are some concerns about the mid-range being a bit lean and laid back, which we both think makes the bass appear a bit muddy. Highs are quite sufficient, although, to some who wishes for more sparkle off the AF100, this might not be enough. It sounds like the upper mids and trebles work really well with female vocals, but for male vocals, it might take a bit of a gamble depending on the timbre of the singer.

We tried to look for the port on the thing as we thought that a bit more breathing space on the earpieces should be able to allow the bass to relax a bit. We also wondered how it would have sounded like if BA drivers were used instead of DD, as it might counteract the punchy bass a bit.

Overall, depending on who is using it, the AF100 will appeal to those whose tonal preference matches it. I think for those who are into punchy, deep bass will be totally happy with it. For me, I found the sound quite interesting as it yielded quite a more analog kind of sound compared to other IEMs I have tried within the same price point.

Eyes on Me – Faye Wong

Through It All – Charlie Puth

A few things as stated above, the connection of the wires to the earpieces might use a bit of reinforcement, although it wasn’t all bad, it was just that we thought that the build for such might be average. It could have also helped to have a detachable cable, but we thought Audiofly might have reserved such feature for their higher models.

For the shells, I really can’t say that it will easily break or crack, but it did pose some questions from Jow. I find it just right, it didn’t seem weak to me so I guess it can be a toss as the time passes by while using it.

I think for the price paid for an Audiofly AF100, it is just about right based on how the IEM was built and sounded. For me, one thing I liked was how it matched well with the HM-901S, while Jow thought that his source (Sony NW-A25) might have not helped much given how dark it sounded to him.

Overall, I was happy with the sound. It was some sort of an appetizer to me for Audiofly, if this is already as enjoyable as it is, what more with the other models from the said brand.