***First of all, I would like to thank TREBLAB for giving us this opportunity to feature the X5 on Bus Ride Impression. We thank you for your generosity and support for making this review possible.

With a plenty of wireless/sports IEM widely offered in the market. Can the Treblab X5 provide the satisfaction and the desire of Audiophiles and non-Audiophiles in terms of durability, connectivity and especially sound quality? As today’s consumers considers wireless/true wireless IEM as their music buddy. Can the X5 have the features they’re looking for?  Let’s find out on the Novice Viewpoint.

Born in 2015, Treblab has built its rep on its line of wireless Sports IEMs, Headphones and Speakers. Their products was praised for the features on its products primarily for consumers with active lifestyle without breaking the bank. It seems that the target of this company are not just gym-goers and consumers with active lifestyle. That resulted on the launching of the Treblab X5 (Priced at US$79), a sports IEM that pledged to provide secure fit, decent battery life and good amount of details from its Beryllium Dynamic Driver. A fitting for audiophiles and non-audiophiles with an active lifestyle.

For the price of US$79, X5 exhibits a satisfactory quality of packaging. Presented at the forepart of the box is the photo of the X5. This is what I love about the packaging of the Treblab, displayed on the backside of the outer box is the comprehensive details about the product. Details of the product are printed in a clear and reader-friendly manner. This is the type of packaging that you can scrutinize while having a call of nature or while just you’re bored hanging out at your couch. The backside consist of the details of the features of the X5. Which is great as this will be also a basis on what can you expect on the IEM especially on its sound quality and how it performs. It also has the introduction on the beryllium dynamic drivers as well as the complete list of what can you expect inside the box.

Inside the box is a well-presented portions of the product, it consist of the X5 which is inside its charging case, the Micro USB cable for charging and the box for the extra ear fins and 6 pairs of tips. (3 pairs of silicon tips and 3 pairs of foam tips). The quality of the silicon tips may be a downside for some as they are a bit thin than the normal tips although the reason for the soft silicon tips may be for the better seal and comfort. The foam tips may be used for Noise Isolation to minimize outside noise as the X5 is primarily used for active lifestyle and daily commutes. 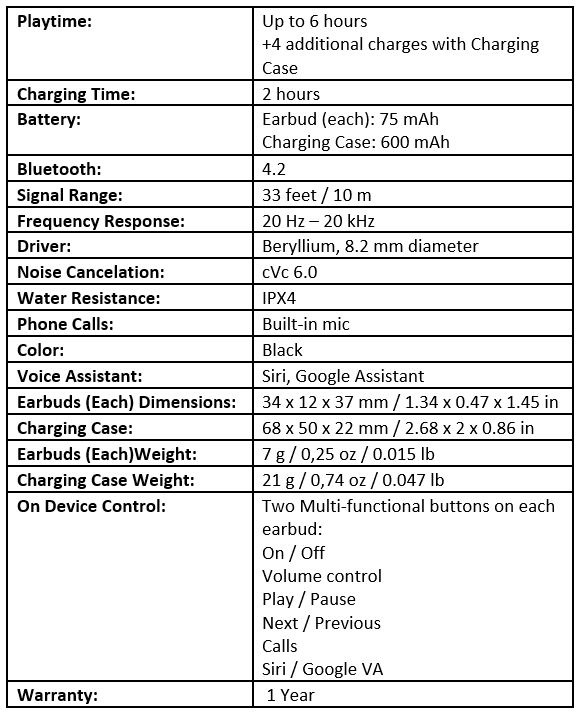 One thing that I’ve notice is the fit. Having the ergonomic design makes the X5 easy to wear especially with the ear fins. Unlike other wireless IEMs, the X5 sits on the ears properly and comfortably. It doesn’t come off easily even without the ear fins installed. Comfort will still be based on the used ear tips as well as the size of your ears. The build and design of the X5 are suitable not just for exercises but also for commutes. I’ve tried these IEM on my daily commute to work and my weekly Badminton play and exercises and I can say that X5 is one of the most comfortable and lightweight sports IEM that you’ll try unlike Jabra.

X5 having a mix of aluminium and plastic housing is lightweight and the build is pretty durable which is suitable for active lifestyle. Shells are well designed and has a pleasant aesthetics. Left and right indicators are located near the front end of the earpiece which can be easily seen. Physical buttons are located under the earpiece near the charging pins. The Volume buttons are located on the right earpiece and the Next and Previous buttons on the right earpiece.

The X5 is also an IPX4 certified IEM, meaning it can survive light water splashes and sweat, which is a great feature for a sports IEM. 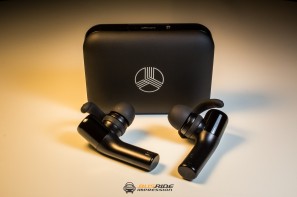 The charging case is a hard plastic case coated in matte finish, the X5 sits pretty well inside its charging case. The USB port is located in front as well as the LED indicators for easy use of the case.

Overall, X5 presents a satisfactory aesthetics and rugged build suitable for active lifestyle especially with the Sweat proof feature of the IEM. I can say that the X5 may be a great commute companion as the fit is great and doesn’t come off easily. X5 users may survive the struggle going to work while enjoying their favorite tracks.

What consumers demand on a wireless IEM/headphone is the longevity of the battery and playtime. Surprisingly, X5 provides 6 hours play/talk time plus 6 hours with the included charging case. Based on my experience, I tested the X5 during my daily commutes which takes at least 4 to 6 hours a day and during my lunch break at work and it really survived the whole day with a little bit more juice remaining for the next day. The X5 can last for 12 to 15 hours (excluding the charging time on the case) which of course depends on the listening volume. Charging time for the X5 and its case takes up to 2 hours making the users enjoy the X5 more on your ears than charging it. The play time of the X5 is a bit more lengthy compared to the Jabra Elite Sport which is 4.5hours of playtime/talktime and the Sony WF-1000x than can only last around 3 hours. The time of charging between listening sessions is almost the same compared to the mentioned wireless IEMs. Battery life wise, the play time is surprisingly lengthy compared to the above-mentioned IEMS although one of the reasons for this may be the lack of the Active Noise Cancellation feature of the X5.

Connecting a smartphone or a DAP to the X5 is pretty easy as it uses Bluetooth 4.2 for improved connectivity and audio quality for wireless devices. The Previous button and the Volume up button also act as a power button for the earpieces. Once you turned on one of the earpiece the other earpiece easily connects as well as pairing the IEM with my Huawei Nova 3i and Fiio M7. No hassle was experienced during my test run on the X5.

Calls made with the X5 are also good as the X5 has a good seal even without the active noise cancellation. Extreme noises can be minimized thru the use of the included foam tips. Connectivity wise, pairing with the smartphones are easy as well as the compatibility of it on the Google assistant. Although a short delay is present when playing videos and connection stutters sometimes occur which is bearable for me as you cannot really expect a perfect link with wireless IEMs/headphones.

The maximum distance of the connection for the X5 is at 10 meters (33ft) though that depends on where you position your DAP/Phone and the X5. in my case, I’ve used the X5 while playing badminton from about 15 to 20 ft from the source which is placed on a bench without a connection loss. Even when playing a music from my phone placed in my backpack connection loss does not occur. Compared with my Advanced Evo-X, the connectivity and range of the X5 is an advantage as I am having connection issues with the Evo-X when I place my source on my backpack. with the X5, even the obstruction from the source to the IEM is a bit far or a bit thick, connection is still substantial. 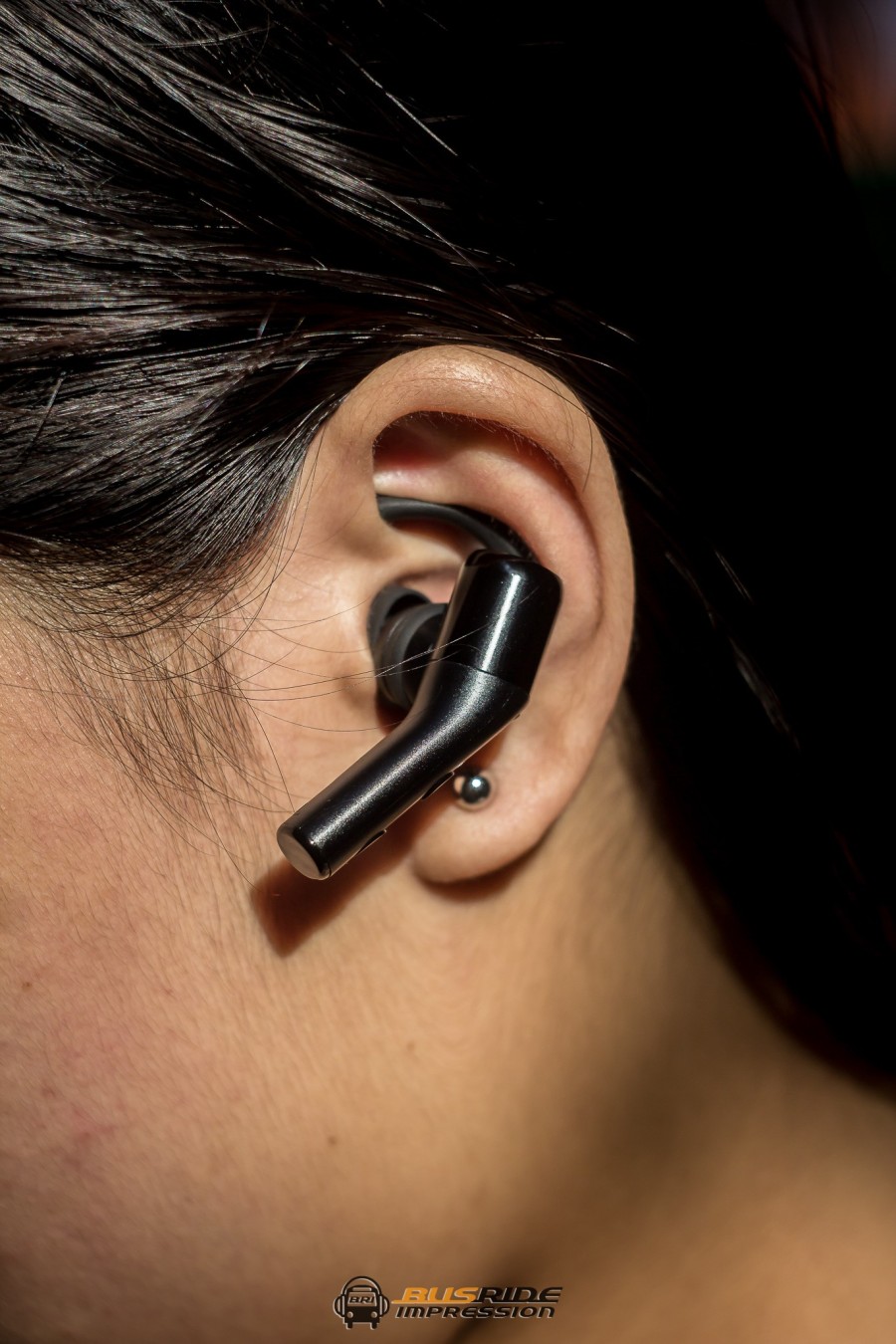 A lot of wireless IEMs that I’ve tried are leaning more on the bassy and warm side as it generally blocks outside noise as well as making the IEMs more fun to listen with especially with EDM or pop tracks. The X5 has a bit of a V-Shaped sound signature which is generally bassy but one can still considered the X5 as balanced sounding as I was surprised on the clarity and sparkle that this IEM produced during my listening sessions. The low ends are punchy and does have a pretty long decay but doesn’t overpower other frequencies that much. Highs have that enough sparkle and clarity which is good for vocal tracks while the X5 may be considered as V-Shaped, the mids are not that recessed and may still give the right feel with vocal tracks. The beryllium drivers really gave that impressive details that I was looking for as well as the clarity. This is the kind of IEM that you may use for your critical listening sessions as the details are well presented. Although the X5 only supports Bluetooth 4.2 and not aptX technology, the beryllium drivers really improved the sound quality and detail retrieval for the X5 even without the aptX technology but still, an aptX tech is a plus nowadays as it has more pros for wireless listening.

I’ve tried comparing the X5 to the other wireless IEMs offered on a local audio shop although the price range of the compared wireless IEMs is a bit far, it is still worth a try just to give you guys an idea on how the X5 performs. Compared with the Sony WF-SP700, the WF-SP700 has more controlled bass and a wider soundstage than the X5. It also has a clearer and a blacker background as it has a digital noise cancellation feature compared to the X5. however I’d still go for the X5 for the clarity and the longer playtime.

Compared to the other wireless IEMs offered by Sony and Jabra, X5 was outperformed in terms of the features as some of its competitors has a Active Noise Cancellation , aptX technology or a more rugged build and water/sweat proof certification. but these competitors have a higher price compared to the X5. Treblab is more concerned about the price and the length of the battery life as this is one of the most important feature of a wireless IEM. After all, consumers wants to enjoy the music more than having a hard time waiting for the wireless IEM to be fully charged. As for its price of US$79, the X5 still can compete with the other wireless IEMs in the market. It features a IPX4 certification which is important for consumers who will use the X5 for their active lifestyle needs. also, the sound quality offered by the X5 can also satisfy audiophiles and non-audiophiles with its beryllium driver which presented impressive details, punchy bass and enough clarity. although for the future IEMs of Treblab, they can offer wireless IEM packing up more features and the lengthy battery life enough to beat the true wireless IEMs offered in the market. Overall, its a big “YAY” for me, kudos to Treblab for making this impressive wireless IEM. 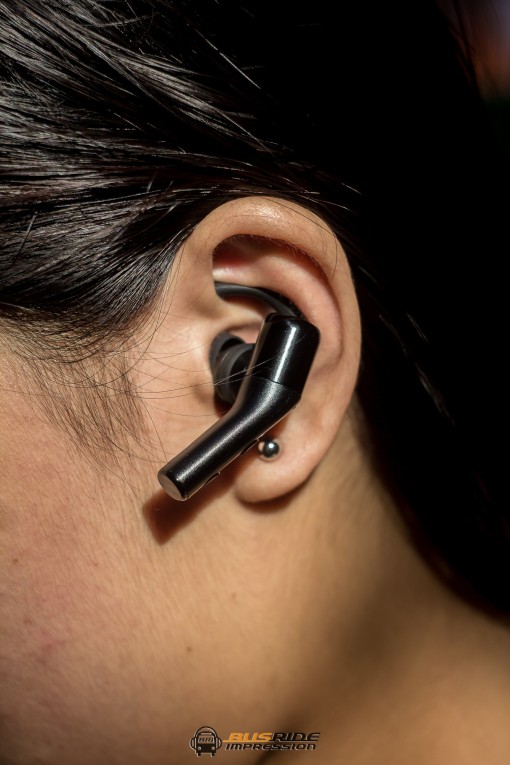 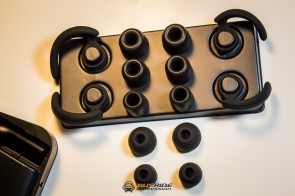 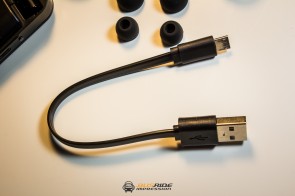 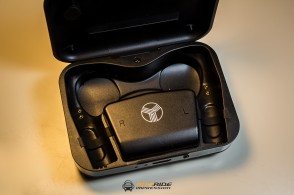 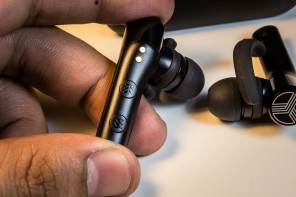