We’re back! Things has been pretty busy lately for the entire BRI staff but here we are back! To start off, we’ve got the UFO-112! Thanks mostly to UFOEAR for providing us this alien looking piece of beauty.

But first let me give you a bit of a background about the brand.

UFOEAR (http://www.ufoear.com/pd) a Chinese brand relatively new to the audio scene was created by Dongguan City Huaxian Industry Co., Ltd just last March 2018 launching the UFO-112 caused quite a scene with its sci-fi design and packaging offered on their UFO-112 and UFO-111. The 112 is a hybrid with a single dynamic driver and two balanced armatures that looks like an alien inside its UFO Case. The 112 is said to offer extremely rich music details, incredibly high separation of instruments and super-realistic musical instrument junction. Besides, it is perfectly designed for ACG music. The UFO-112 is defined as ‘super reference-class’ earphone. In this review, we’ll find out what the 112 offers and how it performs and we’ll uncover if its presentation is really out of this world.

When I received the package of the UFO-112. I didn’t expect it to be this big. The box was a simple square box that reads the UFOEAR as well as some information about it. We got the wired version of the UFO-112 only but it reads on the box “Bluetooth HD Ready” However when I opened it, I was gobsmacked as the presentation was beautiful. It was a UFO shaped metal case containing the IEM itself as well as a bunch of ear-tips inside. The details of the UFO was really promising. Upon opening the UFO, it’ll reveal the IEM itself that looks like an alien specimen in the middle, surrounded by the ear-tips on the side. At first you may wonder, “is this really the case for this IEM?” but upon examining it. There is actually a smaller case which where the IEM is. It appears to be a smaller UFO that used to follow the mother-ship on the movies. 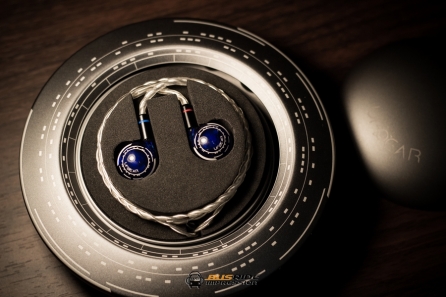 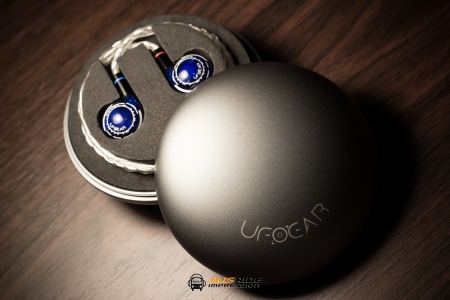 I really like the eye-catching and detailed concept of this brand. The makers did a really good job on the idea and put a big effort on the details and design. I had a blast with the unboxing experience, and I am expecting even more once I try it on. 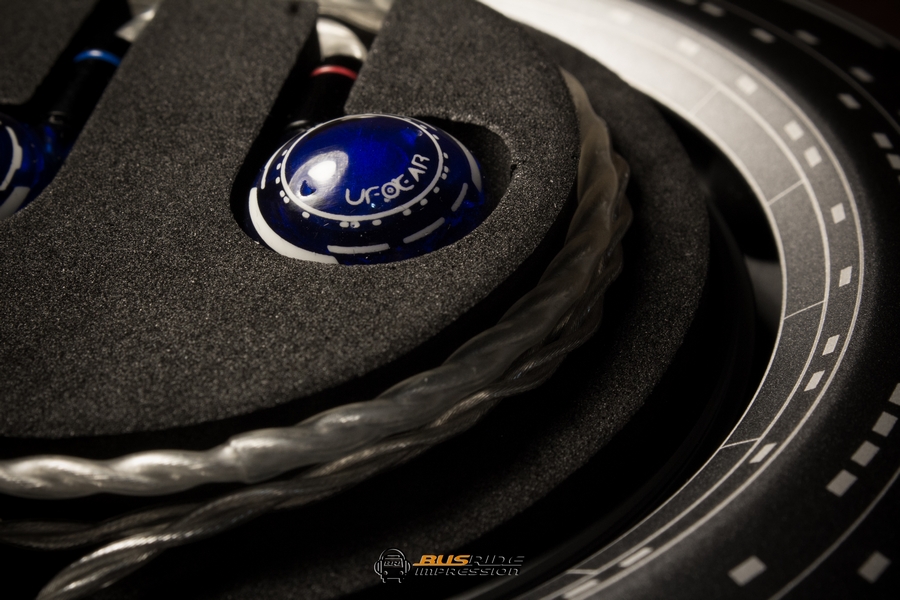 Upon examining the 112, I was surprised as the shells were cast smoothly at what appears to be a hard acrylic/resin shells, though I’m not so sure as there was nothing mentioned about the material used for the shells on the website or online. It sure feels smooth and well made, and it feels like it was a molded as a single piece acrylic shell although upon closer look will you realize it to be made out of 2 pieces of acrylic, which gives you an idea how well-done the shells are. Printed design on the shells definitely add a bit of flair to the overall sci-fi theme of the IEM. Two ports are located on the shell to allow ample air flow for the dynamic drivers, which seems to be a good move for the brand to avoid any blockage of air flow especially when worn. There are two bores on the 112 one for the Dynamic Driver and the other for the 2 Balanced armature. said bores are for better separation of the instruments for better sound presentation which we’ll talk about later on.

Fit was not an issue for me, even if I have small ears. The 112 sat comfortably and doesn’t hurt during longer listening sessions. The different sizes of ear tips actually helped on my listening trials and might also help others as the included silicon and foam tips have diverse sizes that can fit most ear sizes. The nozzles are also just the right length and not too shallow nor deep, so yeah, the 112 is basically comfortable to wear.

The 112 came with a braided stock cable with 0.78mm 2-pin termination, a 3.5mm straight TRS plug, an aluminum y-split and a transparent chin slider. The cable sure looks durable and is easy to use with minimal microphonics when tested it on my commutes. 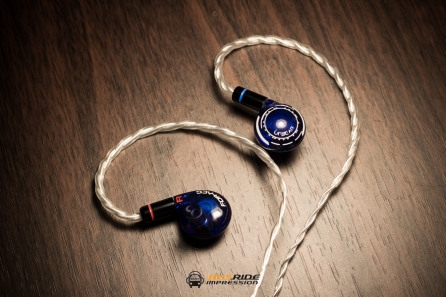 Now let’s talk about one of the most important part of this review, sound quality takes a big part of the buying decision of a consumer. With a price of US$370, one would expect an  impressive and engaging sound to justify the price.

To give you an idea on how it sounded, I’ve tried it with my smartphone Huawei Nova 3i and Hifiman HM901s.

Out of the box, the 112 sounded natural with a slight emphasis on the upper frequencies especially highs. The shimmer was definitely conspicuous and may have the tendency to be too much for some listeners, however not as much in my case as it was compensated by the dynamic driver.

Greater focus is made with the sub-bass which was pretty meaty thanks to the bore design of the 112, frequencies delivered by the drivers doesn’t overpower nor bleed over each other, delivering a full and well balanced sound.

Mid-ranges are clear and balanced. I can say that the mids are a bit forward. Tried it with Reese Lansangan’s “Home” and Sam Smith’s Omen (Acoustic), and I find it clean and on point, giving the needed lush and intimacy of cozy tracks that will definitely give you the chills. What truly exhibited the prowess of the 112 is with upper range vocal tracks. Upper mid-range configuration played a big part on this as it really was exceptional especially with falsettos .

What surprised me was the separation of the instruments and the wide sound stage offered by this IEM. Paramore’s “Rose Colored Boy” never sounded so good with the 112. It made my head follow the drum rolls of Zac the drummer. As well as Chon’s tracks, the 112 extraordinarily released the hidden instruments unlike other IEMs.

Definitely a Yay for me! Price may be higher than the usual household hybrid 1DD + 2BA IEMs but this is really worth the price. As mentioned above, it has full and well balanced sound that I think justifies the price really well. Instrument separation was exceptional and will wow analytical listeners, although not all listeners are focused on the vocal side of music. Some listeners may find the 112 a bit harsh, depending on who will use it. Some may even have an issue with the design. However, the sci-fi approach of the brand is a bit unorthodox, the design alone already makes up for what you will shell out for this particular model. Overall, the UFO-112 is a good investment and may even be considered a keeper when it comes to sound and build, at least in my opinion.